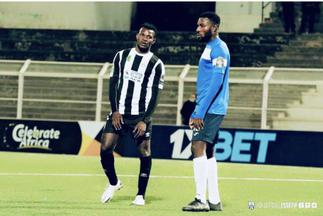 Daniel Lomotey made his debut for ES Setif in the CAF Confederation Cup win. Lomotey, who was leading scorer in the Ghana Premier League with eight goals in 9 games before his departure to the Algerian side early this year, has finally made his bow - making an introduction in the 70th minute as Setif inflicted a 3-0 defeat on the Nigerian giants on matchday 4 of the ongoing CAF second-tier club competition. Lomotey scored two goals for the Black Satellites against Burkina Faso during the CAF U-20 tournament held at Niger.