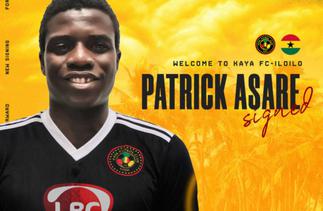 The 26-year old striker is expected to bolster the attacking options of the club in the Philippines Football League and the Asian Champions League. The striker began his football career in Ghana, playing for Dreams FC in the Ghana Premier League and also had a stint with Karela United before embarking on his sojourn in Asia. He then moved to Malaysia and played for NPNG FC, Johor Bahru and Semarak before signing with Kaya FC. Asare will give Kaya FC much-needed firepower upfront for their AFC Champions League dreams.