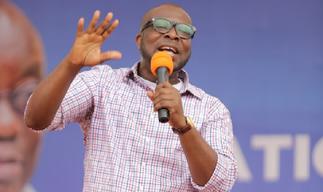 Jinapor, Asenso Boakye and Mustapha Ussif have proven NPP youth have a future