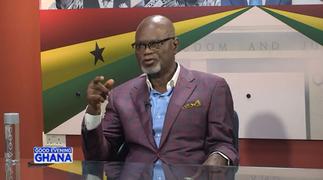 'We can win the World Cup if we invest the $25M into our league and grassroots'- Dr. Kofi Amoah tells govt

According to the Ghanaian business magnate, it will be wrong for the government to invest $25 million in the Black Stars at the expense of the local league competitions and grassroots football as the future of Ghana football depends on its progress. Dr. Kofi Amoah's comments come on the back of President Nana Addo Dankwa Akufo-Addo's meeting with corporate Ghana last week to solicit for $15 million after pledging $10 million for the Black stars ahead of their 2022 world cup qualifiers and AFCON. He argued that instead of pumping money into the Black Stars for quick results which is not even feasible in the next AFCON, the government should rather invest the money into grassroots football to build a solid team in the future. To him, Ghana can even assemble a team to win the FIFA World cup if we invest in grassroots football with the proper plan because we are blessed with the talents.