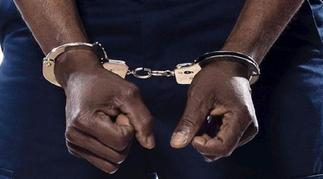 Fan arrested for pulling a knife at Kotoko vs Hearts match