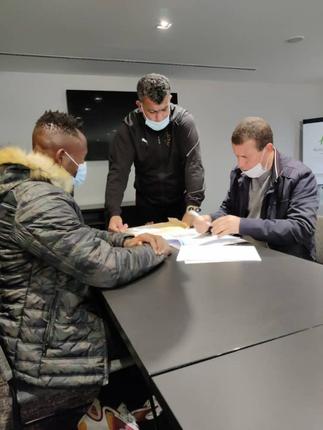 Joseph Esso formerly played for Accra Hearts of Oak and Dreams FC. Esso after his successful medical put pen to paper on Monday in a three-year deal with the club that has recently turned its attention to the Ghana Premier League. Esso and the President of Dreams FC Jiji Mohammed Alifoe arrived in Algeria on Friday with the player undergoing a successful medical examination on Sunday. Dreams FC agreed on a deal with the Algerian giants for the transfer of the in-form striker who joined from giants Accra Hearts of Oak.