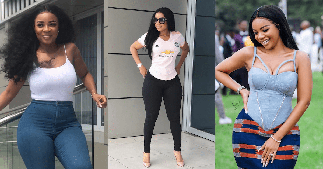 One Of My Biggest Problems As A Ghanaian Is Accommodation And Rent, It's Not Easy Out There

Ghanaian broadcast Journalist has expressed her feelings about how difficult it has become living in Ghana especially when it comes to the issue of rent. It has become almost impossible to afford an ordinary house in Ghana and by the time you pay bills among other things, you'd run out of money and have nothing left. Her style of clothes and hairstyles often look expensive so for her to complain that Rent and Accomodation is one of her biggest problems clearly proves that everyone is suffering. 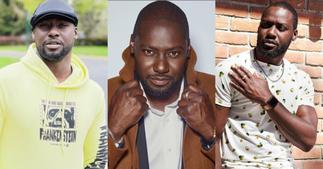 Chris Attoh has finally reacted to viral reports that he got married in a private ceremony. Ghanaian actor, Chris Attoh, has commented on viral reports that he got married to a Nigerian investor in a private wedding ceremony in the United States of America on April 28.In reacting to messages sent to his direct message on Instagram by Ghanaian photographers Twins Don't Beg, Chris Attoh said the news was untrue. Download YEN's news app on Google Play now and stay up-to-date with major Ghana news! 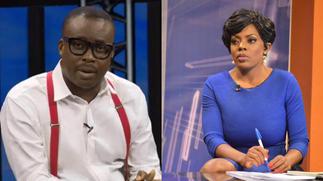 Host of the Good Evening Ghana show on Metro TV, Paul Adom-Otchere has sent a harsh reply to Nana Aba Anamoah and all other people campaigning with the hashtag #FixTheCountry. Nana Aba Anamaoh, sensing the hypocritical nature and disposition of the once-revered Paul Adom-Otchere, charged him to refrain from licking the boots of politicians and speaking truth to power. This clearly rubbed Paul Adom Otchere the wrong way in a reply that was more in defence of the government said Nana Aba Anamoah needs to shut up if she does not know anything about COVID Economics. 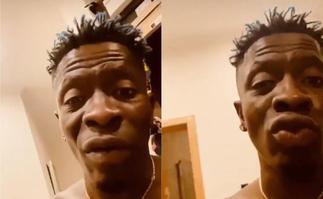 Shatta Wale, Hasn't Been Eating Well, He Only Smokes Weed And That Has Affected His Health For Three Years

A Popular Instagram blogger called Cutie Julls has advised people to stop spreading false rumors about dancehall star Shatta Wale being diagnosed with kidney problems. According to Cutie Julls, Shatta Wale is one of the many Celebrities in Ghana who does only weed and no other additions. Cutie Julls stated emphatically clear that Shatta Wale doesn't do hard drugs and that is not the cause of his illness. 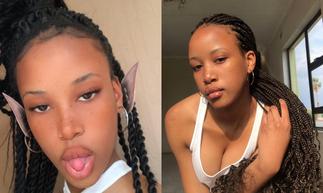 A young lady has taken to Twitter to reveal the kind of revenge she took on her boyfriend after he broke up with her. The lady who goes by the name Allaitermoi decided to date Her landlord after he broke up with her. Now that the lady is dating her ex-boyfriend's landlord, she had connived with him to increase the price of the house rent so that she can have her revenge. 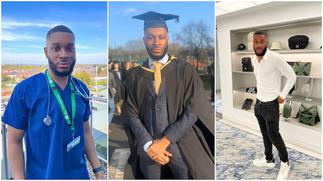 NedumN said he was able to bag two degrees in the UK while running businesses by the side. Quoting a tweet he made in 2016 that said he got admitted into Nottingham Medical School in the UK, the 23-year-old said in five years, he got himself two degrees. Never miss important updates Download YEN's news app on Google Play now and stay up-to-date with major Ghana news.

Fixing ourselves first will translate into fixing our country Ghana

According to him, Ghanaians should fix themselves first and this will translate into fixing the country. It's been more than 48 hours since Ghanaians stormed the Twitter platform with the 'Fix the Country' protest to draw the government's attention to the hardships people are facing in the country. Including John Dumelo, Efia Odo, Yvonne Nelson and Lydia Forson, have joined the protest, highlighting some of the pressing needs of the citizens of Ghana.

Mercy Johnson and her husband Prince Okojie are the happiest parents in the world right now. Their daughter Divine is a year old today and they have thrown the toddler a huge birthday party. Mercy shared a video of the family prepping for the party. 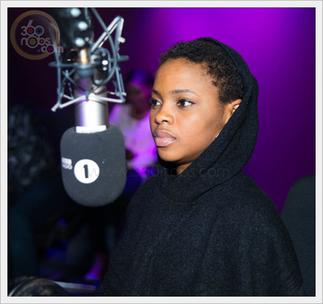 The Devil Has Been Winning For Too Long!- Chidinma Speaks On Why She Ditched Secular Music For The Bible

Naija act Chidinma revealed that she is done with secular music. Chidinma says the devil has been winning a lot and it is about time the narrative changed. Speaking, Chidinma says she is not in for the fame or to ride on this to be popular again. 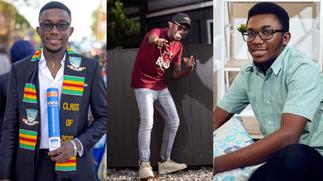 Kalyjay is arguably the most popular Ghanaian Twitter personality and the number of followers he has and the level of authority he commands on the platform is completely mind-blowing. Kalyjay is a graduate of the Ghana Institute of Journalism and works at Global Media Alliance [Y FM]. With close to 400,000 followers on Twitter alone, Kalyjay has more followers and wields greater authority than many local celebrities. From the 'galamsey' menace to unemployment to price hikes and irregular supply of water and electricity, Kalyjay thought it wise to rally the youth of Ghana behind one hashtag and draw the attention of duty-bearers to the need for the country to get fixed. 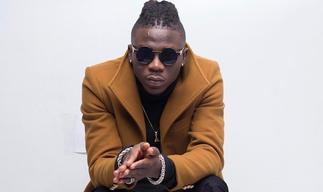 A Twitter account believed to be operated by a National Democratic Congress faithful has jabbed some celebrities over their perceived lack of support for the #FixTheCountry campaign. Gh had reported that celebrity support for the #FixTheCountry campaign was growing with the likes of Yvonne Nelson, Bridget Otoo, Serwaa Amihere, and many others joining the train. Download YEN's news app on Google Play now and stay up-to-date with major Ghana news. 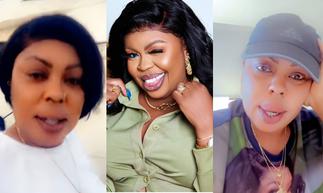 Self- acclaimed Queen of comedy Afia Schwarzenegger has added her voice to the ongoing trolling of the Incumbent NPP Government to fix the hardships in the country. Ghanaians have used the hashtag to call on the government to attend to problems facing the country including the hike in fuel prices, poor education, health, infrastructure and ultimately the country's economy, etc. According to Afia, a lot of the people complaining about fixing the country are into a lot of fraudulent activities.

In a Snapchat story, Ibrah One alleged that Shatta Wale, who is currently on holidays in Miami, left the country to get treatment. Reacting to the news, Ayisha Modi also claimed the news is false and that she was 'over worried' when she received the news. Shatta Wale is yet to comment on the allegations by Ibrah One. 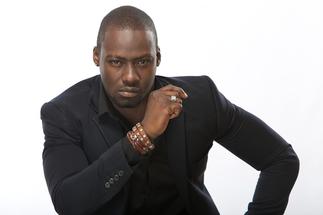 There has been news about the actor taking a third wife barely two years of the death of his second wife, Bettie Jennifer, who was murdered in the United States in May 2019. A video that was making rounds on social media captured the actor proposing to the actress. It was also alleged that the traditional marriage between him and Chinecherem took place in Nsukka, Enugu State on Saturday, May 1, 2021, without them being physically present.

He broke my heart, I ended up shouting his name by the roadside

Joyce Kumah sharing her relationship experience on the Exes Show. Joyce, before meeting the first lover sold fruits by the roadside. Although the boyfriend later opened up to her about the messages, the fact that he continuously hid things away from her made it impossible for her to let go. 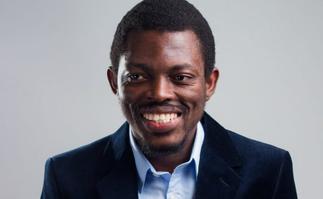 Peter Sedufia, Professional movie director and producer. Speaking on the Y Entertainment Podium with Macall Mensah on Y97.9FM Takoradi, he agreed that the Ghanaian system of governance can be blamed for the inability of the movie industry or the creative art industry generally to reach its deserved heights. Peter pointed that promises made by stakeholders and politicians or people in authority are simply words and will always mean nothing more to him until they start to give practical approaches to the solutions they are proposing.

Nana Addo not responsible for the collapse of Ghana showbiz industry

Afia Schwarzenegger, who campaigned heavily for Nana Addo during the 2020 general elections, said the President is not responsible for bribes taken by the police and civil servants, open defecation and the collapse of the entertainment industry in Ghana. She added her voice to the ongoing protest through a video she shared on her Instagram page on Tuesday, May 4. She said people should stop blaming Nana Addo because he only came to help Ghanaians and that he is not Jesus.

Bill Gates, Jeff Bezos, 3 Other Biggest Billionaire Divorces in History and their Worth ▷ Ghana news

Gh spotlights 5 of the wealthy divorces in history with expensive settlements. Jeff Bezos and Mackenzie BezosThe divorce of Jeff Bezos and Mackenzie Bezos on July 5, 2019 is not only the most expensive divorce of all time but 'scattered' the female billionaire list, according to GQIndia. Bill and Melinda GatesPower couple and philanthropists, Bill and Melinda Gates, are the latest on this list following their joint statement on Twitter on Monday, May 3, 2021.Though the details of their divorce settlement hasn't been made public, it sure will be one of the most expensive considering Bill Gates is worth $129.9 billion. 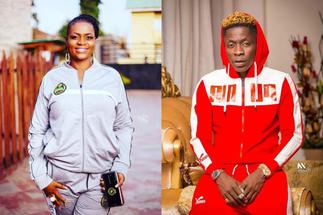 When news broke that Dancehall musician Shatta Wale is dying from kidney disease, we did not expect Ayisha Modi to react this way. Yesterday, Ibrah One discriminated false report that Shatta Wale was suffering from a serious Kidney disease that is killing him gradually. Ayisha Modi, who is not a friend to any of Stonebwoy's competition took to social media to pray that God heals Shatta Wale and save his life. 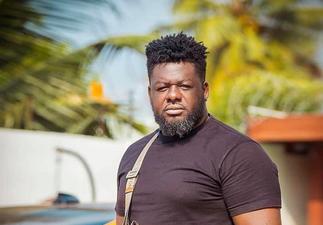 You are getting exactly what you voted for

In a post sighted by Zionfelix.net, the vocal artiste manager stated that Ghanaians are getting exactly what they voted for. His comment follows the complaints made by some Ghanaians on Twitter over hardship in the country. Through the #FixTheCountry online campaign, these Twitter users have urged the government to listen to the cry of the citizens and fix things.