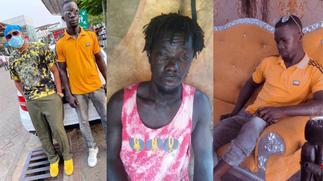 Facebook: Group members change life of poor member; help him quit smoking, support him with money & got him a girlfriend [Photos] » GhBasecom™

Some Facebook group members have done the unimaginable by changing the life of a poor weed smoker by providing him with emotional and financial support. Dee See Black is a poor welder who belongs to a popular group on Facebook called "Inna Real Life". The group members through the benevolence of some volunteers like David Boahen Deuces reached out to Dee See Black, helped him to cut his hair, quit smoking and visit the spa. 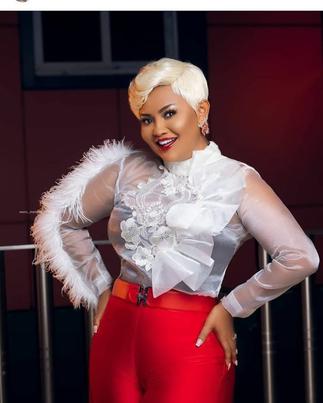 For starters, Mona Gucci claims that Nana Ama McBrown's husband is cheating on her! According to her, Maxwell Mensah slept with a very close friend of McBrown and thus the actress has stopped speaking to this friend entirely. According to the gossip page, Nana Ama McBrown has posted the so-called caterer on her timeline immediately after Mona Gucci's interview to throw people off that they're no longer friends.

COVID-19 vaccines to arrive in Ghana by close of week

Ghana will be taking stock of the COVID-19 vaccines by the close of this week. On whether Ghana was paying for the vaccines, Dr. Amponsa-Achiano said, COVAX "Is supplying us vaccines for 20% of our population free of charge." "COVAX is giving us about 12.4 million, African Union is giving us almost 8 million, we have the Tony Blair Foundation and other bilateral agencies giving us some vaccines. So we have a deficit of about 12 to 13 million. And so I know the Minister of Health is working with partners on this. And the vaccines are not going to be supplied within a week or two. I'm sure that come close to the year, we should have made some inroads," he added. 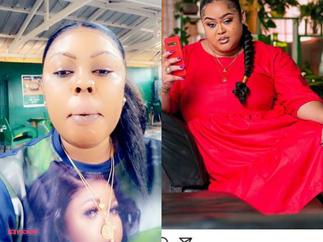 U-20 AFCON: Ghana throw away lead to lose to Gambia – Citi Sports Online

Ghana fell to a 2-1 defeat at the hands of The Gambia in the last game of Group C in the 2021 U-20 Africa Cup of Nations in Mauritania but the Black Satellites still go through to the quarter finals as one of the best 3rd place teams. Abdul Fatawu Issahaku handed the Black Satellites the advantage, but Kajally Drammeh and Lamarana Jallow scored for Gambia to hand Ghana their first defeat of the competition. Lamarana Jallow would then turn the tide around for The Gambia, securing qualification to the quarterfinals with a goal that left Ghana stunned. 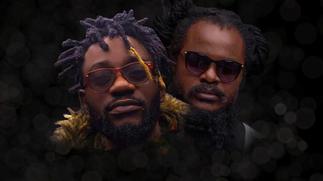 Ahead of his upcoming E.P titled 'Love and Life', Kofi TMX has collaborated with Ras Kuuku on a track that is making waves. Ras Kuuku brought on his a-game with an enchanting verse before Kofi TMX added his dancehall vibe to the song partly performed in Ga. 'This Year' has so far gathered over 10,000 audiomack streams after a few days of its release. Kofi TMX who is a building engineer by profession has set 2nd March to drop the E.P which is going to come with songs like 'Could Be', 'Naa Adjeley', 'Trap' and 'Money Grind".

Joyce Mensah Wildly Claims Afia Schwar Is More Popular Than The President, Based On Her Analysis; Says It's The Reason Everyone Wants Her Trouble » GhBasecom™

Afia Schwar is, in no shred of a doubt, a very popular person in Ghana this minute; but to claim that she is more popular than the President, is a wild one, arguably. Joyce Mensah, who has been enjoying some cool breeze out there in Germany, claimed that Afia Schwar is popular than the President based on some analysis and survey, whatever that is, she has made. "Based on my analysis and survey, Queen Afia Schwar is the most popular woman in Ghana." 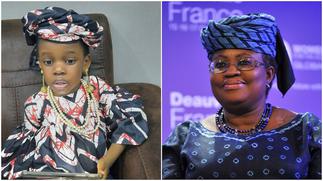 Following the appointment of Ngozi Okojo-Iweala as the director-general of the World Trade Organisation, Nigerians started a trend called #BelikeNgozichallenge as they dressed like the woman. The baby's picture generated conversations and praise online. Download YEN's news app on Google Play now and stay up-to-date with major Ghana news! 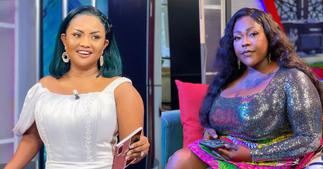 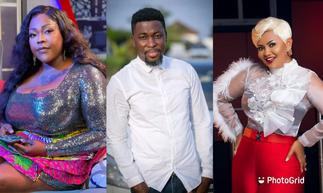 HOT AUDIO: Concentrate On Your Marriage And Cheating Husband!- Mona Gucci Opens Fire On Nana Ama Mcbrown And Kwame A Plus » GhBasecom™

Versatile Ghanaian actress cum TV show host, Nana Ama Mcbrown has found herself in hot waters as her colleague Mona Gucci has taken her to the cleaners. In an interview sighted by Ghbase.com, Mona Gucci who is a presenter on Kantanka TV, expressed her displeasure on how she was humiliated by Nana Ama Mcbrown and Kwame Aplus during a discussion on her United Showbiz show on UTV. According to Mona Gucci, she didn't understand why Nana Ama Mcbrown and Kwame Aplus had the ask her for documentary evidence when she told them she had attended a law school abroad. She went ahead to fire shots at Nana Ama Mcbrown for her unprofessionalism and asked her to concentrate on her Marriage with her cheating husband. 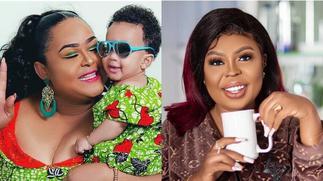 Vivian Jill is dating a married man from Tarkwa

In two separate videos she shared on her Instagram page today, the 'Afia Schwarzenegger' TV series star called Vivian unprintable names and mentioned the man who is the 'father' of her last son, and promised to do worse. She claimed a certain married man named Okubeng from Tarkwa is the man Vivian is dating and that her son isn't the man's biological child. "There's a man in Tarkwa named Okubeng. He should look for me. His wife should also look for me. She should look for me because a half-caste baby is being forced on her husband. When you take a good look at your husband, can he give birth to a half-caste? The baby is not his biological son," she alleged. 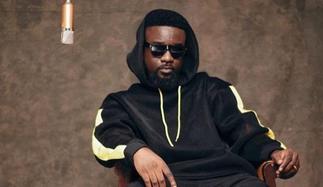 What You Wish For Others Will Surely Bounce Back To You 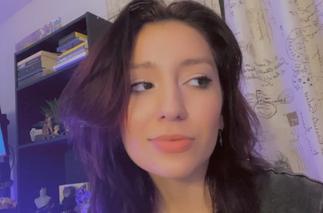 "You ain't pretty, I didn't even want you & I just wanted to sleep with you"

Apparently, Patrick has expressed interest in Salchi which has been turned down and out of frustration spewed some damning words on her. According to Patrick, Salchi has an unusually big nose, lacks beauty and that he was just expressing interest in her because he wants to sleep with her. Salchi came back to provide some context to why their supposed friendship came crushing down. 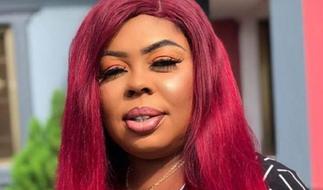 In a twenty-minute video shared on her Instagram page, Afia Schwarzenegger who has repeatedly said without equivocation that Mona Gucci is not who she claims to be, seized the opportunity to taunt her 'rival', stressing that she has been vindicated. While sarcastically daring Mona Gucci to provide evidence to back her claim, Afia Schwarzenegger said she can boldly share her certificates to prove her educational background and employment history. Mona Gucci in her attempt to provide an explanation veered off but a "Mischievous" A-Plus highlighted the need to be concise so he could defend her whenever people doubt her claim of being a lawyer.

The Court in its ruling held that GCNET must pay the redundancy packages as contained in the Human Resource manual of the company because the redundancy package was already predetermined since it was stated in a Memorandum Of Understanding that the Staff Association and GCNET were for the implementation of the redundancy exercise and not for negotiation. Disagreement over arrangements for the payment of compensation, including the capacity of the Welfare Staff Association to negotiate on behalf of some 148 affected workers, led the management and the workers to the Labour Commission, following which the Commission's arbitration panel, in its September 14, 2020 award, ruled that the provisions in the company's Human Resource Policy Manual should be used in paying the compensation to the redundant workers. 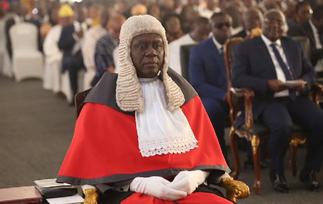 The Supreme Court has fixed March 4, 2021, to deliver judgment on the ongoing 2020 presidential election petition. The court said, after looking at the addresses, if there was something for the Court to clarify, it will notify the parties to do so by way of oral addresses. The Supreme Court Monday dismissed former President John Mahama's review application to reopen his case in the ongoing election petition trial. 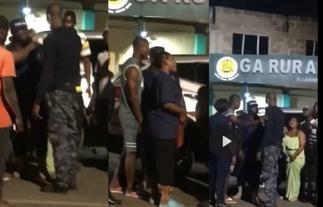 Social media users are currently discussing a viral video capturing the moment a Ghanaian lady landed hot slaps on the face of a police officer. The angry looking lady was not scared that the man was an officer of the law but dealt with him mercilessly for crushing into her car. The first slap on the face of the officer made him lose his balance and toppled straight to the floor then another slap followed before he could get up on his feet. 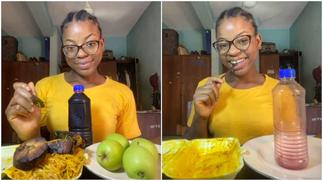 On Tuesday, February 16, the same lady with two photos revealed how she ate 'abacha' with four apples and two fish. Recall that the same lady in the past ate a full plate of beans and drank a full bottle of zobo. In a tweet on Tuesday, February 16, the lady posted two photos that showed how she 'conquered' a mountain of food that had two big fried fish.

Prior to last season, Liverpool seemed to be way behind Manchester United in the Premier League but at least their fans were winning the battle against their biggest rivals'. One married Man United fan drove nine hours all the way from Sheffield in England to Aberdeen in Scotland to meet a supposed woman he'd been chatting with on Facebook for weeks. The two Liverpool fans called the 39-year-old Mr Slann three hours later to confess that it was a trick. 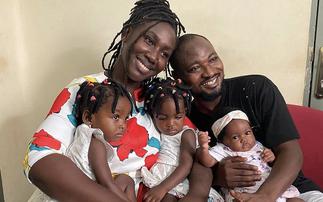 Funny Face after fighting to see his children, has finally got the opportunity to meet them once again. Funny Face in recent times have suffered a lot of episodes which has got him seeking mental health care for two weeks. In a recent post by Kwaku Manu, Funny Face is seen happily with his children and baby mama with smiles on the faces of all them, and was such a joyful scene and photo to see.