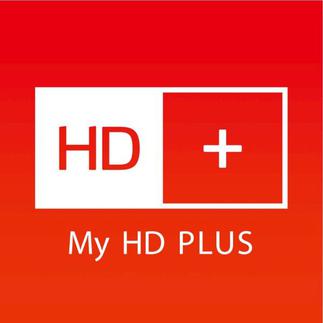 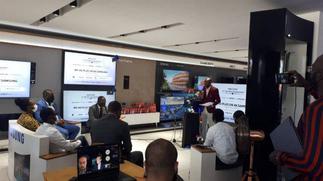 Ghanaians will therefore be pleased to know that Samsung has partnered with HD+ to offer an amazing new way to enjoy TV. Samsung Crystal UHD and QLED TVs are now compatible to download the HD+ app and show free to air channels and other content in HD. Currently, the broadcasting industry in Ghana is predominantly Standard Definition. During Euro 2021 through HD+'s partnership with a local TV station, Multimedia, which has the rights to air the game, customers will be able to enjoy the games in HD quality. 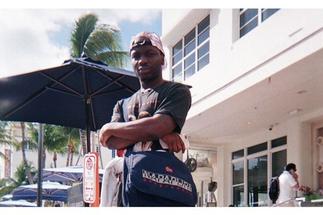 How Technology and Digitization Are Taking Over the World, as per Wally Sajimi

The virtual world has become the playground for the real world. Artificial intelligence is taking over the world, one job at a time. 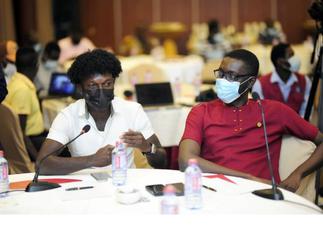 The first edition of Huawei Day with the Media also included a virtual tour of the company's ultramodern Darwin Exhibition Centre in Shenzhen, China, where participants were informed about how Huawei is employing advanced technology to make the world a better place through initiatives such as the Huawei #TECH4ALL and the RuralStar solution as well as the company's contribution towards the fight against the COVID-19 coronavirus pandemic. The Huawei Day with the Media was organized by Huawei Ghana as part of efforts to engage the media, to strengthen relationship, and share the company's contributions toward building a digital economy, while giving the media the opportunity to better understand operations on Huawei in Ghana. 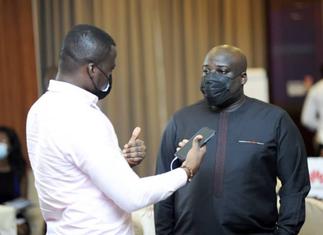 Deputy Managing Director at Huawei Ghana, Mr Kweku Essuman Quansah has called for an accelerated digital transformation, citing the COVID-19 pandemic as a wake-up call for authorities and industry to step up their digitalization efforts. The Huawei Day with the Media was organized by Huawei Ghana as part of efforts to engage the media, to strengthen the relationship and share the company's contributions toward building a digital economy, while giving the media the opportunity to better understand operations on Huawei in Ghana. 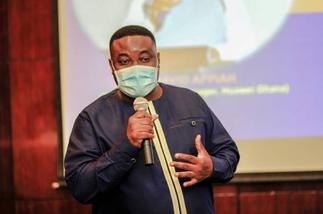 Huawei Ghana has revealed that their flagship Huawei ICT Training program will boost Ghana's digital economy when implemented. The program which will train more than 10,000 Ghanaians in information and communications technology within the next three years forms part of the company's commitment to grow the capacity of the people in ICT through the Huawei ICT Training Program and support Ghana's vision of becoming the digital hub of Africa. 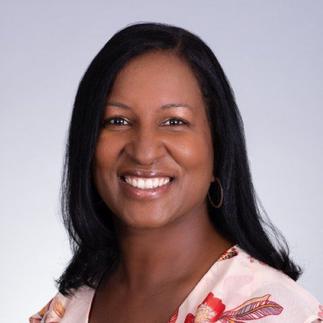 Digital Opportunity Trust is announcing a timely collaboration with IBM to empower young women and men in Africa and the Middle East with the digital skills, workforce readiness proficiencies, and business knowledge needed for successful careers, social wellbeing, and economic growth. The pandemic has laid bare the gaps and inequitable access to the digital literacy, employment and entrepreneurship skills that youth require to innovate, compete for jobs, or start businesses in a digital economy. 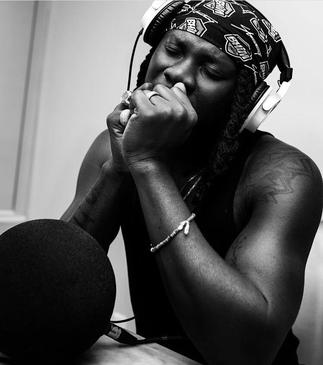 BET award-winning Ghanaian dancehall star Stonebwoy says his 2016 hit record 'Run Go' best describes Ghana's current state. According to the BHIM Nation president, leaders need to answer some critical questions that relate to the country's current situation, posed in the song. Stonebwoy's 'Run Go', a beautiful piece yet a crusade to keep leaders in the continent awake to their responsibilities to make the continent a better place. 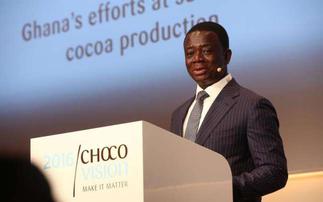 My resignation not meant to undermine Haruna

Member of Parliament for North Tongu Samuel Okudzeto Ablakwa has stated that his resignation from parliament's appointment's committee is not to undermine the leadership of the NDC caucus in the House. The North Tongu MP in a letter dated March 30, 2021, and addressed to the Speaker of Parliament Alban Sumana Kingsford Bagbin, said he would want to discontinue his membership of the Appointments Committee after days of careful reflection and thoughtful considerations. The Speaker of Parliament on Tuesday, May 25 2021, said a final decision was yet to be taken on the matter as the Select Committee of Parliament prepares to submit its report on the issue to the plenary.

Three people have been confirmed dead after they were trapped in an illegal mining pit in Bremang in the Upper Denkyira West District of the Central region. Gh added that 15 people are still trapped in the pit and are yet to be rescued. The eyewitness added that two out of the three people who have been declared dead are not known in the community. 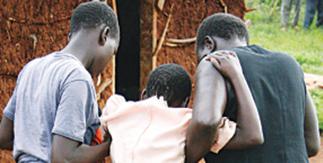 Fourteen-year-old primary four pupil of the Ajumako Essasan Methodist Basic School in the Ajumako Enyan Essiam District of the Central Region Ama Adoma who is a victim of defilement, is crying out over attempts to compel her to terminate her pregnancy, borne out of the act. The father of the victim Yaw Badu also cautioned the Chiefs and people of the community to stop forcing them to terminate his daughter's pregnancy. The mother of the Victim Ama Kunadu made an appeal to the public to assist them with funds to secure a medical report. 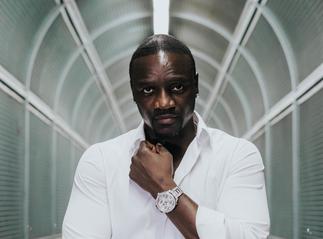 Senegalese-American singer Akon's Range Rover SUV was stolen from him shortly after midnight on Tuesday whiles filling his tank with gas. Car theft has become even more common recently in Atlanta. According to Fox 5 Atlanta, Akon's vehicle was stolen just a day after ATL City Council members proposed legislation for cameras at each pump at gas stations. 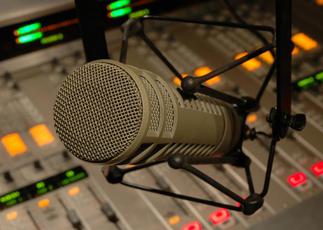 The Human Rights Division of the Accra High Court presided over by Justice Gifty Agyei Addo has fixed June 17, 2021, to deliver judgement in the case in which Media Foundation for West Africa has sued the National Communications Authority over the closure of some radio stations. In court on Wednesday, May 26, the court said, it has received all the submissions from the parties but will need two weeks to prepare its judgement. The MFWA is also seeking an Order of the Court in enforcing its rights to information under Article 21(1) of the Constitution by compelling Respondent to provide the information requested. 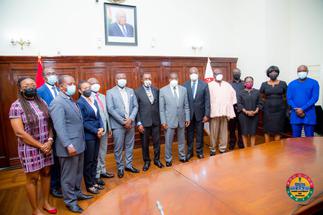 The Speaker of Parliament Alban S.K Bagbin has assured the business community of Parliament's commitment to extensively engage them on proposed amendments of laws that stifle the growth of local businesses. The Speaker gave the assurance at a meeting with the Private Enterprises Federation in Parliament. He was addressing concerns raised by the Federation on some compelling issues affecting the growth of the private sector including laws bothering on taxes.

The Tema General Hospital has seen mountain queues at the facility's laboratory after Starr News report revealed that doctors at the facility did not accept results from the lab. Only lab results from nearby private hospitals were accepted by the doctors, the sources told Starr News. Following the report, doctors have made a u-turn in accepting the hospital's test results and recommending the in-house lab. 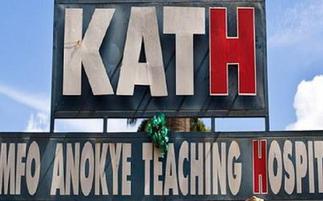 KATH: Only 20% of challenges fixed

A pediatric surgeon at the Komfo Anokye Teaching Hospital, Dr Anthony Davor has revealed that only 20 percent of challenges raised by surgeons at the facility have been fixed. The hospital has also replaced broken furniture at the coffee centre, while about seven monitors have also been fixed in the facility to bring relief to the surgeons. One surgeon complained there's no distilled water for cancer surgeries indicating that for the sake of his patients he will not relent on their peaceful protest to get the theatre fixed. 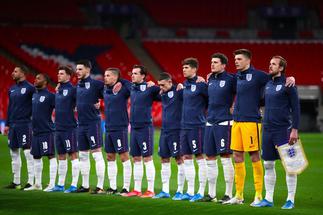 Gareth Southgate will name his final 26-man squad on Tuesday, 1 June. Leicester's James Maddison, Tottenham's Eric Dier and injured Burnley keeper Nick Pope are left out. He would appear to be the most likely keeper to miss out on the final squad. Brighton defender White, 23, has never played for England at any level. 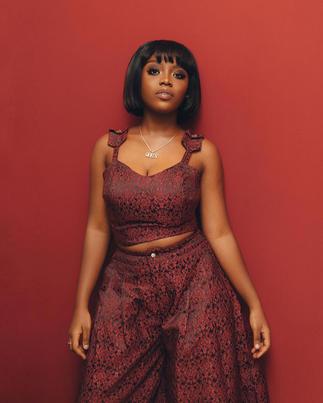 Sensational Ghanaian Afrobeat star Gyakie few high Ghana's flag as one of the main performers for the MTV Base, YouTube African Day Concert. The Flip the Music/Sony Music UK act was the only Ghanaian act billed for the concert. The virtual concert was hosted by award-winning Idris Elba and will be streamed to a global audience on YouTube and broadcast across MTV channels.