The President, Nana Addo Dankwa Akufo-Addo, has expressed his delight over the peace that has finally been restored in the Ga State, following the installation of a new Ga Mantse, after years of protracted chieftaincy disputes in the State. Following the ceremony of gazetting of the new Ga Mantse at the Greater Accra Regional House of Chiefs on Thursday, the President indicated that he believed it will be wholly appropriate that he deferred his visit to the palace of the new Ga Mantse to Friday, so as to be able to congratulate him officially. President Akufo-Addo also took the opportunity to thank Ga Mantse and Ga people for their support during the last election, even though his party, the New Patriotic Party, lost seven seats it once held in the Greater Accra Region.

The members of the Ghana Free Zones Authority have been sworn into office. Mr. Kyerematen in addressing the board members asked them to bring their experience to bear to shape the Authority. Other members of the board are the Second Deputy Speaker of Parliament, Hon. 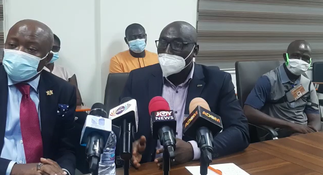 Government's planned payment of compensation packages to the victims of the Ayawaso West Wuogon by-election violence came to an abrupt end today, Friday, October 22, 2021. One of the lawyers, Abraham Amaliba explained that more negotiations were needed to allow for transparency and fairness in determining an appropriate compensation package for each victim. The Emile Short Commission that probed the Ayawaso West Wuogon violence, among other things, recommended that victims of the violence should be paid compensation for the harm they suffered, which was accepted by the government's White Paper. 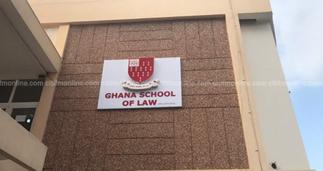 143 LLB graduates who sat for the recently held Ghana School of Law entrance exam have filed a suit at the Human Rights Division of the Accra High Court seeking admission into the school. The General Legal Council and the Attorney General have been served as the 1st and 2nd respondents of the suit respectively. The controversies over the mass failure in the Ghana School of Law entrance exams is a result of the General Legal Council's decision to apply a new rule requiring candidates to pass 50% in each of the A and B sections in the exam without informing the students. 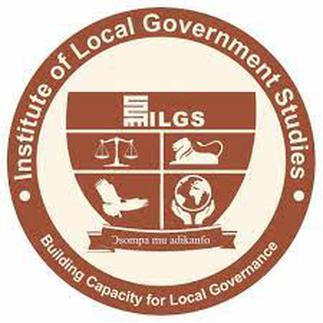 The Institute of Local Government Studies has urged the government to address the long-standing challenge of delay in the release of funds to the District Assemblies Common Fund. The 1992 constitution, under article 252, imposes an obligation on the Administrator of the District Assemblies Common Fund to present a formula to Parliament for the distribution of monies allocated by Parliament for the Assemblies every year. The Fund is then distributed among the Assemblies on the basis of a formula proposed by the Administrator of the Fund and approved by Parliament. 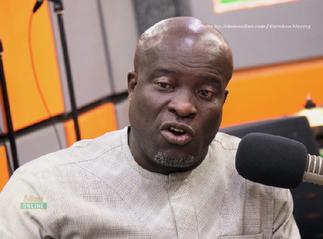 The Tema GNA and MTTD Road Safety Project seek to create consistent and systematic weekly awareness for road users, educate road users on their responsibilities and sensitize drivers on road safety regulations, rules and laws. Speaking on the role of stakeholders towards road safety, Mr. Titus-Glover also lauded the MTTD for their effort to instill discipline on the road; the Police are working hard to protect and guard the people against unscrupulous drivers on the road. Mr Titus-Glover who is also a former Deputy Minister of Transport commended the MTTD for their diligence, competency, patient, and tolerance sometimes facing extreme provocation from a section of the public. Total carelessness on the road, people drive or cross the road without any sense of responsibility, operating mobile phones and other electronic devices while driving. 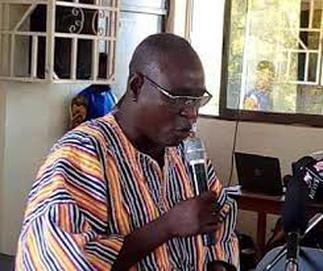 Assembly members of the Lawra Municipal Assembly have for the third time refused to confirm the president's Municipal Chief Executive nominee for the area, Martin Bomba-ire. The nominee was re-appointed by President Nana Akufo-Addo after failing to secure a win on two earlier separate occasions. The nominees for the Lawra and Jirapa assemblies are said to be facing stiff opposition especially from some members of the governing New Patriotic Party in their respective districts, while that of the Wa West is confronted with opposition from both the governing party and the main opposition National Democratic Congress. 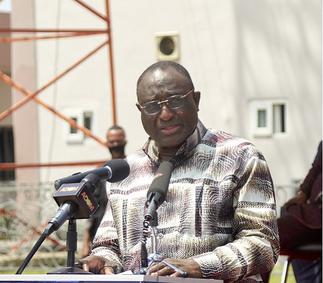 Alan Kyerematen is a dynamic minister 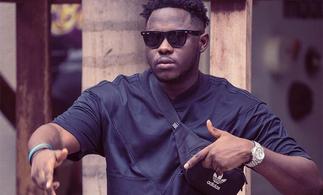 Why Medikal was arrested; facts of the case

According to the brief facts from the Ghana Police Service, rapper Samuel Frimpong, popularly known as Medikal, was arrested because he posted a video of himself holding a Ruger 9mm handgun on Snapchat, a popular social media platform. About a month later, on October 21, Police acting on intelligence arrested Medikal and handed him to. According to police, Medikal has admitted the offence in his investigation caution statement. 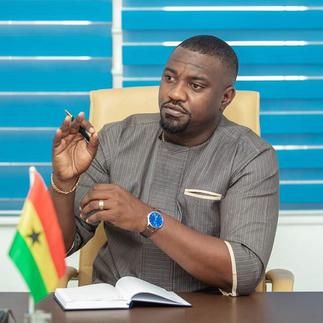 John Dumelo in a Facebook post sighted by GhanaWeb said his commitment stems from a response by the president to the paramount chief of Aflao. The Paramount Chief of Aflao, Torgbui Adzongaga Amenya Fiti V had demanded that a contractor who had abandoned work on a school block in his area return to complete the project within four months. Speaking in an interview with Kwame Sefa Kayi on Peace FM on Thursday, October 21, 2021, President Akufo-Addo questioned why the paramount chief would issue an ultimatum to his minister about the completion of a project. 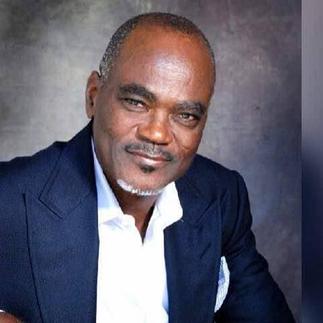 We must fix our politics if we want to develop

The business mogul admonished that if we do not find a way to bridge these loopholes that are creating bad blood among us, it will be difficult for the country to develop. Juxtaposing the current state of our politics to religion in Ghana, he shared that just like how religion is exploiting people instead of doing public good, the political aspect of our lives will be left to go in the wrong direction if left unchecked. Most political actors tend to abuse the freedom of speech enshrined in the Constitution by using abusive words and insulting their political opponents especially on the airwaves and during political campaigns. 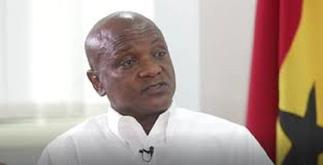 Agbogbomefia of the Asogli State, Togbe Afede XIV. According to Togbe Afede XIV, if Ghana were a company, it would not have survived. Speaking at a durbar of the Asogli Trdaitional Council to welcome former President John Dramani Mahama as part of hos 'Thank You' tour of the Volta region, the former President of the national house of chiefs also raised concerns about the spate of corruption arguing that it undermines development. Togbe Afede XIV further noted that changing the fortunes of the country will require a change in the nature of Ghanaian politics.

The Inspector-General of Police, Dr. George Akuffo-Dampare, is in Tamale in the Northern Region to visit the three police officers who were involved in a crash on the Walewale-Bolgatanga road last night while on duty. According to the statement, the IGP arrived in the region early this morning. Dr. Dampare and his entourage also visited the families of the other two officers who died in the process. 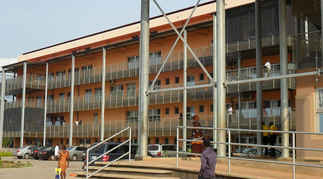 The Health Service Workers' Union at the Tamale Teaching Hospital in the Northern Region is threatening to strike over poor conditions of service if it does not receive any concrete assurances from the government. Speaking to Citi News, Ziblim Adam, the Chairman of the union at the Tamale Teaching Hospital, said the union had been treated unfairly by the Fair Wages and Salaries Commission. The Health Services Workers' Union earlier threatened to protest over their conditions of service. 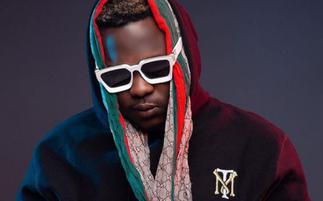 Hiplife artiste, Samuel Frimpong, popularly known as Medikal, has been remanded to prison custody for five days. Presiding Judge, Emmanuel Esandoh, sided with the prosecution and remanded Medikal to the Ankaful prisons in the Central Region for five days. This comes barely a day after dancehall artiste, Shatta Wale, and four other people were remanded into prison custody following an alleged gun attack that turned out to be a hoax. 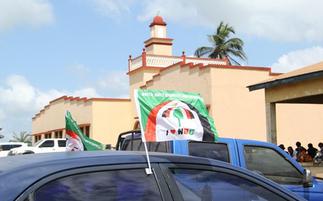 Asiedu Nketia, Jean Mensa, others to be cross-examined in Techiman South election petition

The court is to subpoena the Electoral Commission Chair, Jean Mensa, and others to appear before it for cross-examinations in the suit filed by the 2020 Techiman South National Democratic Congress parliamentary candidate, Dr. Christopher Beyere Baasongti. The suit seeks to quash the declaration of the New Patriotic Party's, Martin Adjei Mensah Korsah as Techiman South MP, and declare Dr. Christopher Beyere Baasongti as the legitimate winner of the Techiman South parliamentary elections. To appear before the court for cross-examination is the General Secretary of the NDC, Johnson Asiedu Nketiah, the Bono East EC Director, Gabriel Dei, the Returning Officer for the Techiman South 2020 elections, Nana Dwamena Frempah among others.

Two police officers have died after a car they were travelling in crashed on the Walewale-Bolgatanga road. The incident occurred on Thursday while they were pursuing robbers on that stretch. Iddrisu Gafaru on board Police Service vehicle No. GP 437 driven by No. 46392 Cpl. Nii Osekle Charles, all of the Special Anti-Robbery Taskforce drawn from Accra and based in Walewale in the North East Region were involved in a fatal road accident on the Walewale - Bolgatanga road. The Taskforce was responding to an emergency call of robbery attack on passengers on that stretch of the road. The Chief Inspector and the driver died on the spot. The North East Regional Police Commander, DCOP Mr Moses Ali led a team of Senior Police officers to the hospital to visit the victims on admission and efforts are being made to airlift them to Accra for further treatment. 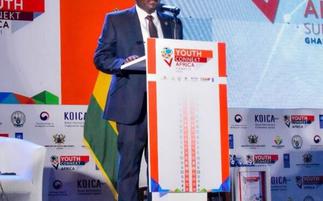 Go forth and shape Africa's destiny

The President, Nana Addo Dankwa Akufo-Addo, has challenged Africa's youth to take mental, physical and economic lead roles in positioning Africa as the giant of the future. In a speech read on his behalf by the Vice President, Dr Mahamudu Bawumia, at the YouthConnekt Africa Summit taking place in Accra, President Akufo-Addo maintained that the African could be as successful as any other, and urged the youth, who make up a very large proportion of Africa's population, to take their rightful place in shaping the continent's destiny. Noting that a youthful population has always had a major impact on the growth of economies across the world, President Akufo-Addo said Africa, despite having the largest generation of young people in history, must take active steps to make the opportunities inherent in having such a demographic advantage a reality.