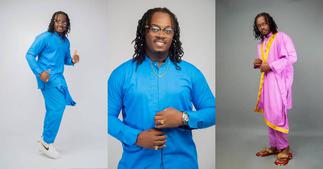 Perpetual Didier is set to wow her fans with a new single she titles I Get Money. The song is being spearheaded by her new record label Kurdle Music Worldwide. Kurdle Armah has assured to sign more young talented artists in various music genres in Ghana, after investments made in their first signee, Perpetual Didier's career have paid off. 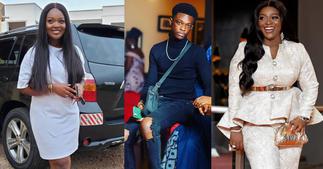 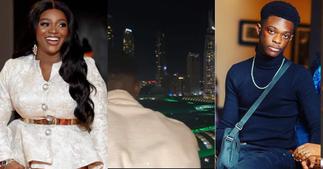 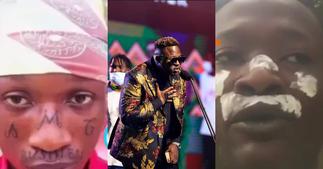 A couple celebrated their 60th wedding anniversary on Thursday, October 14, and their adorable photos got many in their feelings. A Nigerian couple warmed hearts on social media as they celebrated their 60th wedding anniversary on Thursday, October 14.The couple's son identified as Sesan Adeboyejo took to his Instastory to share adorable old and new photos of his parents. Gh, the couple identified as Mr and Mrs Gafai got married on Thursday, June 25, 1970.Their granddaughter took to Twitter to celebrate them by posting their photos and wished them continued marital bliss. 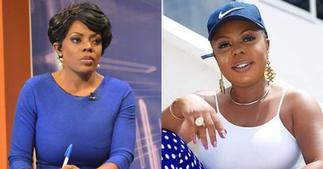 Controversial Ghanaian actress, Afia Schwar, has extended her beef to the Managing Director of GHOne TV, Nana Aba Anamoah. In this beef Nana Aba has not uttered a single word in a rebuttal or to defend herself, making it look like Afia Schwar is fighting a lone battle. Gossips about Afia Schwar: Afia also accused Nana Aba of gossiping about her to big men in the NPP, including John Boadu. 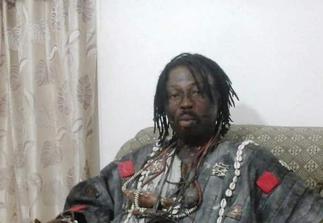 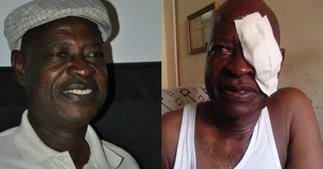 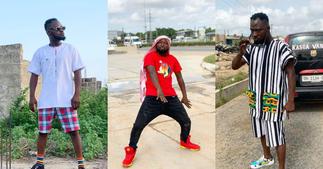 Funny Face has said that he has found a new lover and flaunts her online. Ghanaian comedian, Benson Nana Yaw Oduro Boateng, known publicly as Funny Face has announced that he is in a new relationship with someone. Funny Face said he was going to open up to his followers about whatever was happening in his life so he felt it was only right for him to update them about his love life. 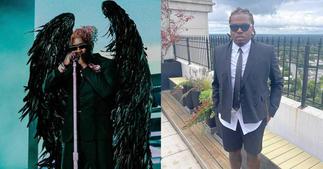 To promote his upcoming album, Young Thug smashed a Rolls Royce alongside fellow rapper Gunna. The luxury vehicle that the two smashed with baseball bats costs an eye-watering GHC 1.5m.Many netizens opined that the rapper should have donated to charity instead.US rappers Young Thug and Gunna have gone to extreme measures to promote the former's upcoming album. Videos circulating online depicted the duo smashing a Rolls Royce Wraith with baseball bats. 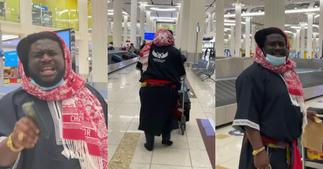 Ajagurajah mistaken for a 'mad man' in Dubai over his dressing and appearance; video drops ▷ Ghana news

According to the religious personality, he was mistaken for a mad man by the airport officials in the UAE nation. Reverend Ajagurajah, known in real life as Bishop Kwabena Boakye Asiamah, has recounted how officials of a UAE airport mistook him for a mad man over his appearance. Gh on Instagram, Ajagurajah was seen checking out from an airport after he arrived in Dubai. 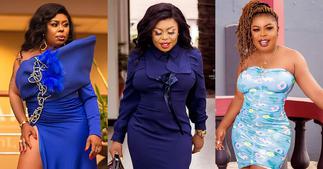 Afia Schwarzenegger has taken to social media to participate in the No Bra Day challenge. Today, October 13, marks No Bra Day all over the world with women being admonished to have their cleavages checked. Gh News on your News Feed!Outspoken Ghanaian TV and radio personality, Valentina Nana Agyeiwaa famed as Afia Schar, has dazzled in a beautiful No Bra Day photo to commemorate the day. 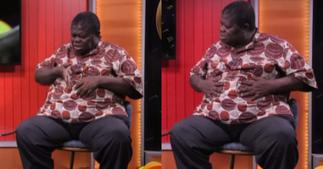 Psalm Adjeteyfio: TT Fires back at Critics; says he is not Expecting Donation to pay ECG ▷ Ghana news

TT has gone angry with ECG and his critics about the matter. Owing ECG GHC8,000In an earlier report, a baffled TT said he was shocked to have received the notification that he owed ECG an amount of GHC8,000. Angry, TT said he walked to the ECG office to find out what was going on as he sensed that they were trying to play some sort of tricks on him after the massive donation he got from Ghanaians. 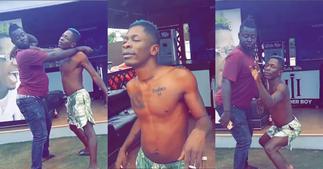 Shatta Wale has been spotted dancing hilariously on No Bra Day.The multiple award-winning dancehall star was dancing with another man. Outspoken Ghanaian dancehall artiste, Shatta Wale known in real life as Charles Nii Armah Mensah, has been spotted in a video dancing in his plush home. Gh earlier reported that Multiple award-winning Ghanaian musician, Charles Nii Armah Mensah famed as Shatta Wale has tattooed Medikal's name on his arm in a new video sighted by YEN.com. 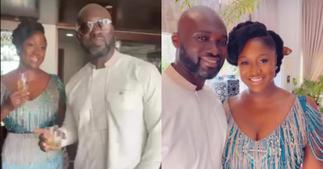 Edwina: Video of Akufo-Addo's Daughter Asking her Husband Jumah to take off his Glasses pops up ▷ Ghana news

She instructed him to take off his glasses as they prepared to take a photo together. One of Akufo-Addo's daughters, Edwina Nana Dokua, got married to the son of Kofi Jumah over the weekend on October 10, 2021.In a new video sighted by YEN.com. Gh, Edwina is captured asking her husband to take off his sunglasses before they could take a picture together. 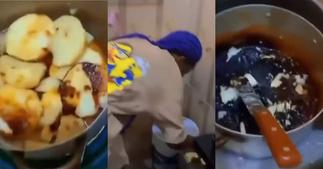 'Wife material' girlfriend burns yam she was cooking for her lover; tries hiding it ▷ Ghana news

Gh News on your News Feed!A video fast going viral on social media has shown a young woman trying to hide the burnt yam she was preparing for her boyfriend when she visited him in his home. The young lady was seen scraping the yam from a cooking pan which was scarred pitch-black with a knife with the hopes of hiding what she had done. Download YEN's news app on Google Play now and stay up-to-date with all major Ghana news. 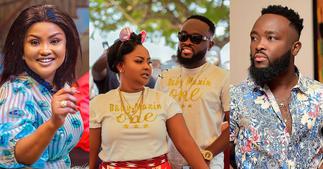 McBrown: Actress Recovers from arm Surgery; she is shy as Husband Plays with her ▷ Ghana news 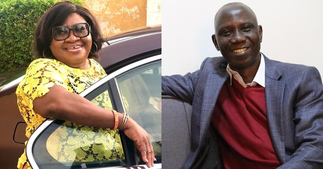 Uncle Ebo Whyte: Playwright Reveals why he will Never Cheat on his wife After 38 Years of Marriage ▷ Ghana news

Popular Ghanaian playwright, Uncle bo Ebo Whyte, has said he will never cheat on his wife. Renowned playwright, Uncle Ebo Whyte, has revealed that he has never cheated on his wife in their 38 years of marriage. Gh on his Facebook page, Uncle Ebo said he would not do this not really because of his wife but because he fears God.According to him, during their early years of marriage when he was actively involved in counselling, his wife entertained fears and suspected him of cheating on her. 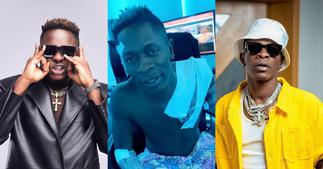 Shatta Wale has shown a solid bond between himself and Medikal in a new video. Gh News on your News Feed!Multiple award-winning Ghanaian musician, Charles Nii Armah Mensah, famed as Shatta Wale has tattooed Medikal's name on his arm in a new video sighted by YEN.com. Apparently, the Ayoo hitmaker decided to take the love he has for Medikal to another level by inking the name of the rapper on his body. 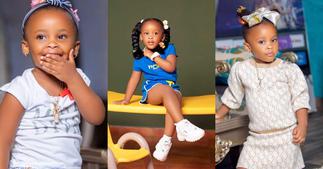 Baby Maxin: McBrown's Daughter Surprises many with Photo of her Sitting and Crossing her legs ▷ Ghana news

Baby Maxin, the daughter of actress Nana Ama McBrown, has stunned many people with her new photo. The adorable Baby Maxin is seen sitting like a queen and crossing her beautiful legs like an adult. Baby Maxin speaks French and Twi.It seems McBrown is ready to make her child multilingual as she was spotted in a video learning French in an earlier report by YEN.com.