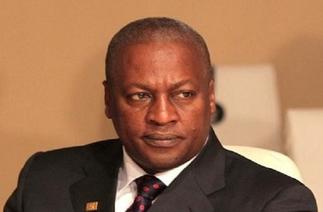 Will Mahama return to Ashanti region and ask for votes in 2024?

Former President John Mahama has been lambasting the President of the Republic, Nana Addo Dankwa Akufo-Addo over his administration of the State. President John Mahama, embarking on a recent 'Thank You' tour, told Ghanaians about how bad the President is doing and called for a change of government, come 2024. As Ex-President Mahama gingers up for the 2024 race, Kwamena Duncan wants to know how Mr. Mahama intends to convince the people of Ashanti Region to vote for him.

According to the aggrieved youth, it is becoming one too many for Municipal Chief Executives to be always nominated for the Abuakwa South Municipality from Kyebi at the detriment of the other towns. The list of metropolitan, municipal and district chief executives was released on Sunday, September 19 by the Minister of Local Government, Decentralisation and Rural Development, Dan Botwe. 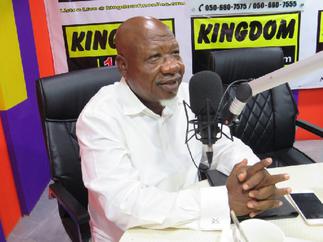 Some irate NPP youth in the Odododiodio Constituency, Greater Accra Region, on Saturday, embarked on a protest at Jamestown burning car tyres to express the disappointment over the MMDCE nominees. At Chereponi in the North East Region, another NPP youth vandalized some structures after the nomination of Zuwera Mada Nashiru as the District Chief Executive was announced. The aggrieved youth wanted their favourite candidate, S. K. Orlando. 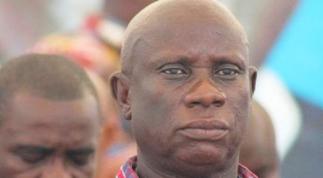 Organize a foundation for Rawlings and stop 'do or die' comments

They could even request the state to set aside a day for a holiday to celebrate Rawlings. Rawlings has no foundation, unlike Danquah who died a long time and yet he is always remembered. 21st September 2021 marks Kwame Nkrumah Memorial Day; a day set aside to remember and honour the country's first President, Osagyefo Dr Kwame Nkrumah.

NDC flagbearership: If I'm anti-Mahama so what?

Speaking on Okay FM's Ade Akye Abia Morning Show, he asserted that former President Mahama went ahead to financially strengthen Kofi Adams, for reasons he cannot fathom, to not only contest against him, but ensured that he lost in that infamous internal elections. This is in spite of the fact that he was among those who stood for former President Mahama to go unopposed after the death of President Mills, he revealed. To him, there is nothing wrong with supporting his friend Dr Kwabena Duffuor to contest the NDC Flagbearer race, as Kofi Adams - who is currently the Member of Parliament for Buem Constituency in the Oti Region - once supported former First Lady Nana Konadu Agyeman-Rawlings against the late President Atta Mills. 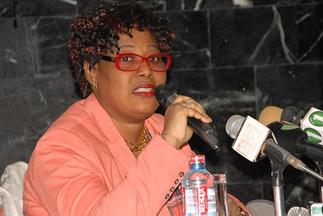 There is a force causing all gov'ts after Nkrumah to fail

According to her, the bitter words from Kwame Nkrumah after his nation betrayed him may have invoked a curse on the country. 21st September 2021 marked Kwame Nkrumah Memorial Day; a day set aside to remember and honour the country's first president, Osagyefo Dr Kwame Nkrumah. Dr Nkrumah became the leader of government business in 1951 after leading the CPP to victory to form a government, a process that eventually led the Gold Coast to independence from British rule in 1957. 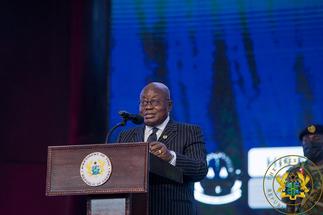 My loyalty to Nana Addo and NPP is intact, count on me

Whilst thanking the President for giving him the opportunity to serve in his government, the eloquent and hard-working outgoing DCE also stressed that the bigger picture is for the party to win the 2024 elections hence his resolve to support the new nominee. In a statement issued and signed the Hon Peter Mensah said, the New Patriotic Party was a big family the nominee must be given the full support by members to succeed and expressed appreciation to President Akufo-Addo for giving him the opportunity to serve in his first term of office. Hon Peter Mensah expressed gratitude to the people especially traditional rulers and heads of departments in the district for their unflinching support during his eight-year tenure.

Early on, police in a statement announced an intel regarding a demonstration set to be embarked upon by some members of the New Patriotic Party who were aggrieved that their favorite candidate, S. K. Orlando, was not recommended for nomination. The police had also engaged S. K Orlando who was urged to calm his supporters down. The youth are unwilling to back down as tension escalates at Chereponi over the DCE nomination. 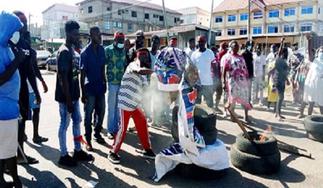 On Sunday afternoon, there was a burning of tyres by some party supporters wearing red hand and headbands who besieged the constituency office and subsequently locked up the party office to register their displeasure at the announcement. In an interview with the Ghanaian Times on Tuesday, the First Vice Chairman of the Tema Central Constituency, Sylvester Yankey, said all recommendations had pointed to their Constituency Chairman, Charles Boateng, who was supposed to be nominated for the position due to his loyalty and hard work for the party over the years. Mr. Yankey said mass registration of members of the party in the constituency was going to be put on hold until further notice and called on Regional and National Executives to come and work for the party in the constituency.

38 women out of 260 MMDCE nominees worrying

PNC. Out of the 260 nominees, 38 are females whereas 222 are males. In the Greater Accra Region, eight females were nominated for the MMDCEs role. The PNC further noted that female appointment to the MMDCEs position has been hovering around the same percentage, 15%, in the past and this is not good for a country that has been touted as beacon of democracy and good governance in the Sub-Sahara Africa. 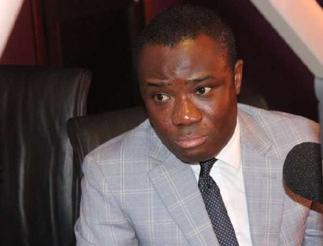 Presidential jet: NPP will defend Akufo-Addo even if he commits genocide

He also said the President has deliberately refused to answer questions relating to the cost of renting these presidential jets. He questioned why the presidential jet was abandoned despite being in good condition for a luxurious aircraft owned by Acropolis Aviation based in the UK. He filed the two-fold question in May. The Finance Minister failed to be in the House, since then, to answer the question on the cost, requesting more time on the first occasion his attention was drawn to the question. Mr Alabkwa has once again raised issues against the cost of hiring a presidential jet for President Akufo-Addo's trip to the 76th session of the UN General Assembly in the United States. 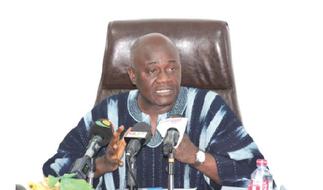 Out of the 260 nominees, 38 are females, 222 are males. Speaking to this in an interview on Peace FM's Morning show 'Kokrokoo', Dan Botwe, the Minister of Local Government, Decentralisation and Rural Development, said the women representation will increase when a lot of women show interest in politics or issues of governance. 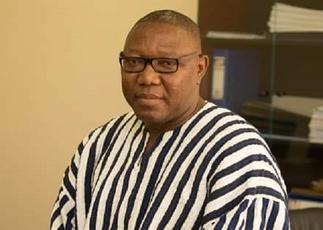 According to the legislator, the President does not have the interest of Ghanaians at heart but focusing on having expensive travels at the expense of the poor taxpayer. Akufo-Addo's disregard and lack of respect for Ghanaians are condoned by the NPP as a party. Though Akufo-Addo will not be on the ballot in 2024, Ghanaians have an opportunity to exact their pound of flesh by punishing the NPP in both the presidential and parliamentary polls for 'birthing' him and enhancing his insensitive and reckless leadership. 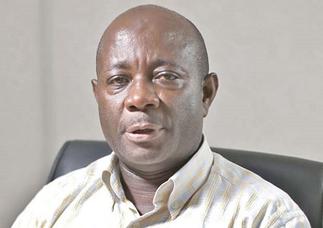 NDC only lamenting, not ready to govern

According to him, the NDC has woefully failed in giving constructive criticism in the running of the country and has rather resorted to giving lamentations. The NDC has said it is poised to wrestle power from the governing New Patriotic Party(NPP) come 2024 general elections to rescue Ghana from the path of economic destruction. The NPP on the other hand has vowed to break the 8-year election cycle by winning the next election and continuing with the governance of the country. 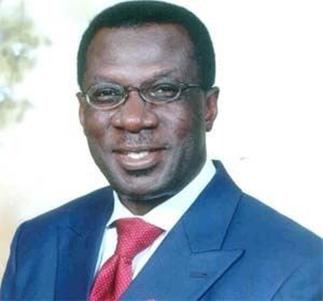 His contributions to the educational sector are well manifest not only in his present position as Minister for Education but also in his days as a lecturer at the University of Cape Coast. One significant activity he undertook in relation to higher education when he served as the Chairman of the Committee was to review staffing in the polytechnics. Until his appointment as the Minister of Education, he was the Director-General of the Ghana Education Service. 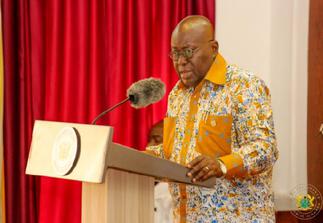 There is relative calm in the two municipalities, as the majority of the supporters of the New Patriotic Party in the constituencies endorsed the President's nominees. Mr Ansu Kumi, the Sunyani East Constituency Secretary of the NPP was nominated as the Sunyani Municipal Chief Executive, while Mr Evans Kusi Boadum, the Sunyani West constituency Chairman of the party was nominated as the Sunyani West Municipal Chief Executive by the President. In an interview in Sunyani on Monday, some NPP supporters explained the president owed no one explanation because he had the prerogative to appoint his choice of MMDCEs after the candidates were approved by the party and went through the vetting process successfully. 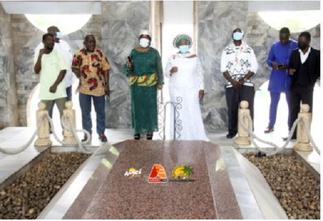 Unity would have won CPP elections

Dr. Kwame Nkrumah Founded the CPP in 1949 after breaking away from the United Gold Coast Convention. The current state of the late founder's party cannot be matched with its prime time. These parties include Mr. Mornah's PNC which was founded in 1992 by Hilla Liman; Progressive People's Party, founded by Paa Kwesi Nduom in 2012; and All People's Congress in 2016 by Hassan Ayariga-a party which is an offshoot of the PNC. Mr. Mornah-PNC's Parliamentary Candidate in the 2016 and 2020 elections for Nadowli Kaleo Constituency in the Upper West Region-speaking on the current state of the CPP and how the breakaways have not yielded positive results, described the situation as an affront to the legacy of their leader. 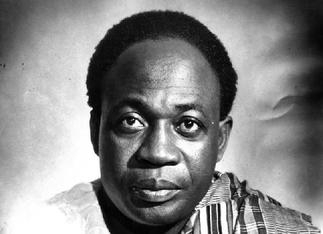 Apostle Francis Amoako Attah was delivering a message yesterday, September 21, 2021, at the Kwame Nkrumah Mausoleum where he averred that the Spiritual Independence for Ghana and that of any individual is tied to the death of Dr. Kwame Nkrumah. He said the leaders of CPP should have visited the bones of Nkrumah and subpoena the God which brought Nkrumah. According to him, what Bernard Mornarh did is very spiritual, and that if Israel can stay with Joseph's bones for so many years and get delivered so shall anybody who will take and light the Nkrumah vision up and focus on it will see a great impact. 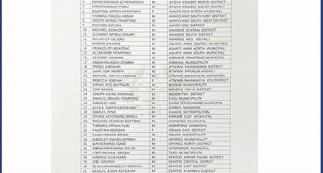 Some concerned youth are calling on assembly members to accept the president's nominee for the area. According to the Concern Youth Of Atwima Mponua in the Atwima Mponua constituency of the Ashanti Region, the nominee is qualified and competent for the job. Leader of the group Philip Kwabena Nyame speaking during a press conference appealed to the Assembly Members to vote massively for Mr. Isaac Kofi Marfo to become the DCE. He said the endorsement of the nominee will be a clear acceptance of the President's own judgment of the DCE's ability to deliver in that position. 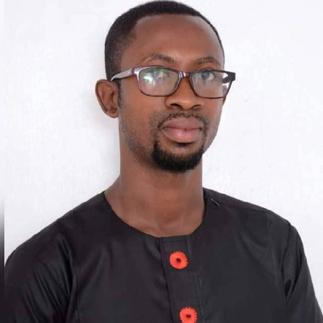 We have an eight to break, be decorous in your comment

The Bono Regional Communications Director, Mr Asare Bediako Seth urged his members to be mindful of media houses who intend to use the nomination list of the MMDCEs to bring about anger and disunity in the party at the various levels. The Bono Regional Communications Director expressed his appreciation to the President, Nana Addo Dankwa Akufo-Addo for his diligent work in appointing competent hands to steer the affairs in the various assemblies across the Bono Region. The Regional Communications Director urged the appointees to justify the confidence reposed in them by excelling at their various assemblies and congratulated all nominees while he wished the other aspirants better luck in their future endeavours and again entreated all patriots to accept the President's nominees for the positions of Municipal and District Chief Executive across the region.